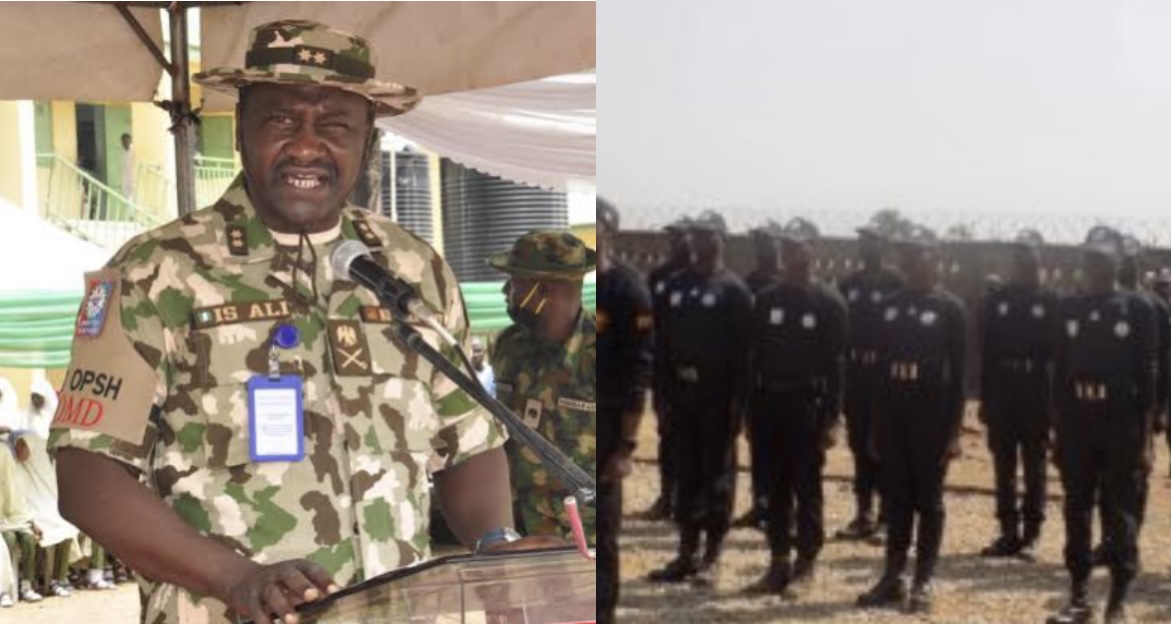 The special task force, Operation Safe Haven (OPSH), which maintains peace in the Plateau and parts of Kaduna and Bauchi, has trained 103 youths in armed combat and intelligence gathering, as part of efforts to fight against insecurity in the south of Kaduna.

The graduation ceremony for the trainees was held at the OPSH Sector 7 Command in Kafanchan, Jema’a Local Government Area, Kaduna State.

Speaking at Saturday’s ceremony, Sector Commander Timothy Opurum said the formation of civilians was informed by the displacement of communities by bandits in 2021.

“What prompted this formation was the displacement of people living in Jankasa and Kachechere villages in Ungwan Gaya district.

“Based on this, I attracted these young people among all the natives who had been displaced from this place and gave them basic training.

Members of the civilian joint task force, named the Coalition of Vigilantes Network, will work together under command control and supervision and in synergy with other existing vigilante groups.

“Other existing vigilantes are doing their best, but it seems like something is missing and that thing that’s missing is synergy.

“I try to create synergy and bring together all vigilante groups, including all legions and hunters,” he said.

In his remarks, Amos Gwamna, a member representing Jaba/Zango Kataf Federal Constituency, commended the military and advised civilian fighters not to allow themselves to be used as political thugs by politicians.