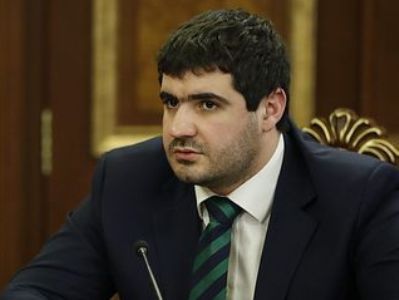 The hotline set up by the EU in November 2021, which was to be used in the next possible escalation of tensions between Armenia and Azerbaijan, is in full use. Arman Yeghoyan, chairman of Armenia’s National Assembly’s Standing Committee on European Integration and a deputy from the ruling Civil Contract Party, told reporters on Thursday.

But, according to him, this hotline is used only in special cases when the tension rises considerably.

“It is conditioned by many factors – geopolitical and international processes. It is a calm period after the last escalation which happened on January 11. The tension has eased somewhat,” the lawmaker said, adding that ‘today the situation is completely manageable.

Yeghoyan, however, recalled that Armenia “is not Switzerland” and has no luck vis-à-vis its neighbors.

“Virtually nothing has changed. The problems are almost as great as before. Have we ever had tension at the border?” asked the ruling party rhetorically.

At the same time, Yeghoyan believes that the recent escalations of tension on the Armenian-Azerbaijani border are a clear proof of the restoration of the combat readiness of the Armenian Armed Forces. According to the deputy, the Armenian army is now, in fact, at the same level as the Azerbaijani army.

“You can see that we are basically on the same level, in military terms,” ​​concluded Arman Yeghoyan.