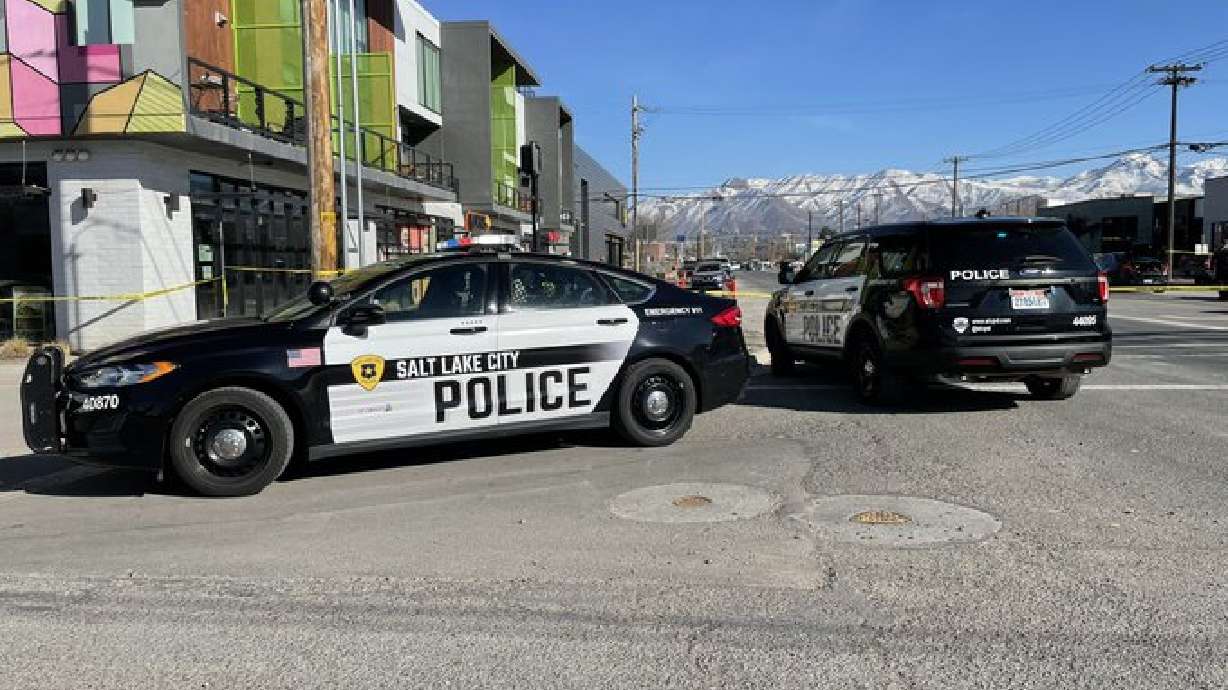 Police cordon off an area near 900 south and 100 west in Salt Lake City on Saturday as they attempt to contact an individual barricaded in a vehicle. Police said the man was going through a “mental health crisis” and were able to resolve the situation within hours. (Salt Lake City Police)

SALT LAKE CITY — Police were able to quickly resolve a situation involving a 36-year-old gunman who was barricaded inside a vehicle near 900 South and 100 West on Saturday afternoon. Officers say he was going through a “mental health crisis”.

The man, whom police have not identified, parked his car in a traffic lane on 900 South, left his car and entered a business around 1 p.m., according to a news release from the police. Salt Lake City. A witness told police the man took three guns from his car to the business; however, police said the man never made threats or pointed a gun at anyone.

The man then returned to his car and police began to secure the area and issued a shelter-in-place order.

At approximately 3:30 p.m., the man left his car and surrendered to police after Salt Lake SWAT and crisis negotiators were called to the scene.

The man was going through a mental health crisis, according to a tweet from the Salt Lake City Police Department. Police said they were working with social workers to provide him with resources and assistance.

“The leadership and compassion shown by our officers during this extremely volatile incident highlights the training and skills of our officers to effectively and safely handle situations involving a person in mental health crisis,” said Chief Mike Brown in a statement.

The Utah Transit Authority has closed its station at 900 South due to police activity taking place in the area. The agency said at 2:20 p.m. it was sending vans to transport passengers between Courthouse and Ballpark stations; the vans did not stop at the 900 South station.

UTA confirmed at 4.18pm the station had reopened but said there could be residual delays as trains return to normal service.