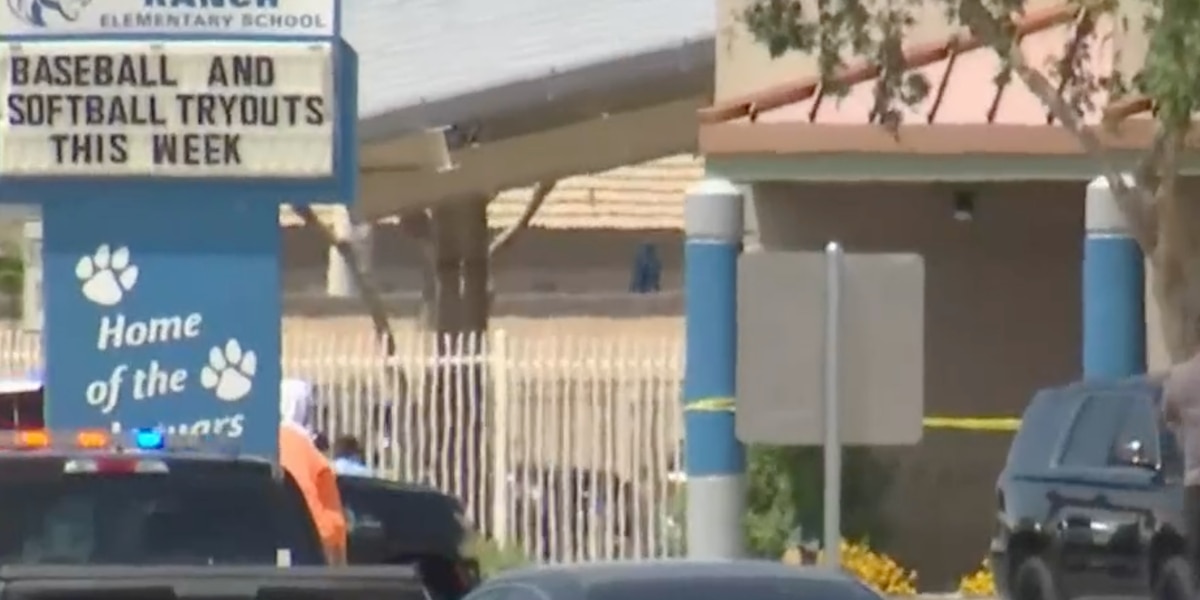 The Arizona Family reports that three parents, including one who had a gun, were also arrested by police after a confrontation with officers during the incident.

According to authorities, staff at Thompson Ranch Elementary School called 911 around 10:30 a.m. to report that a suspicious male was trying to enter the building. The building was immediately locked down.

When officers arrived, police said the suspect had fled to the bottom of the river.

Shortly after, El Mirage police reported that they had not found the man, but had located a suspicious package. Children and staff were evacuated from the area. A bomb disposal team was called to check the package and deemed it safe.

El Mirage Police Department Lt. Jimmy Chavez first described the armed suspect as a black or dark-skinned Hispanic male with a tattoo on his head, wearing a yellow shirt and black shorts.

According to Chavez, the parents started showing up after receiving calls from their children. Chavez said the school was still closed and officers told parents they would not be allowed into the school.

However, officials said some of the parents had become confrontational with police, with a few saying they would protect their children.

Chavez said the situation escalated and three parents were arrested. Police confirmed that one of the arrested parents had a gun.

Officers allegedly used a stun gun on two parents, and one of them had to be taken to hospital. Chavez said all three parents would be charged.

Paul Novak, the school’s security consultant, said it was necessary to keep parents away from the school while police investigate.

“It really gives students and staff the best opportunity for safety while the police are looking for a suspect or dealing with a suspect. We don’t want anyone entering this campus except law enforcement at this point,” Novak said.

The Dysart Unified School District had also placed other area schools on lockdown, but these have all since been lifted.

The El Mirage Police Department did not immediately identify the arrested armed suspect but said the incident was still under investigation.