Sheikh Mohammed and other dignitaries attend the Union Fortress 8 military parade at Expo 2020 on Saturday.

The parade and live action drills at the event showcased the advanced capabilities of the UAE Armed Forces, the expertise and skills of its personnel, and its state-of-the-art equipment and technology.

Sheikh Mohammed hailed the advanced skills of the UAE Armed Forces and underscored its critical role in ensuring the security and stability of the UAE, which are essential for the development of the nation.

In the presence of Sheikh Hamdan Bin Mohammed Bin Rashid Al Maktoum, Crown Prince of Dubai and Chairman of the Executive Council of Dubai, the United Arab Emirates Armed Forces, Presidential Guard and Dubai Police presented simulations of combat and military missions. ‘exercises that have demonstrated their ability to respond to a variety of complex challenging scenarios. 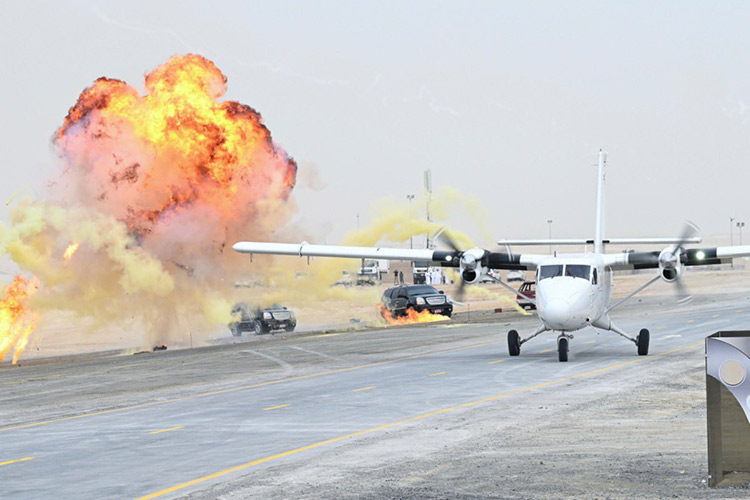 The United Arab Emirates Armed Forces display their combat skills during the parade.

Sheikh Mohammed highlighted the vital role played by the UAE Armed Forces in protecting the nation and its ability to discharge its responsibilities under the leadership of the President of the UAE, His Highness Sheikh Khalifa Bin Zayed Al Nahyan , as well as the support and monitoring of His Highness Sheikh Mohamed. Bin Zayed Al Nahyan, Crown Prince of Abu Dhabi and Deputy Supreme Commander of the United Arab Emirates Armed Forces.

Hailing the exceptional determination of the UAE Armed Forces in carrying out their duties, Sheikh Mohammed said the men and women of the security forces have consistently demonstrated their loyalty to the motherland and their extraordinary commitment to defending security and the integrity of the nation.

Sheikh Mohammed further said that the UAE Armed Forces have played a major role in making the UAE a model of security and stability for the world.

“By providing the highest security standards, they have helped the UAE earn the trust of countries participating in Expo 2020 Dubai,” he said. 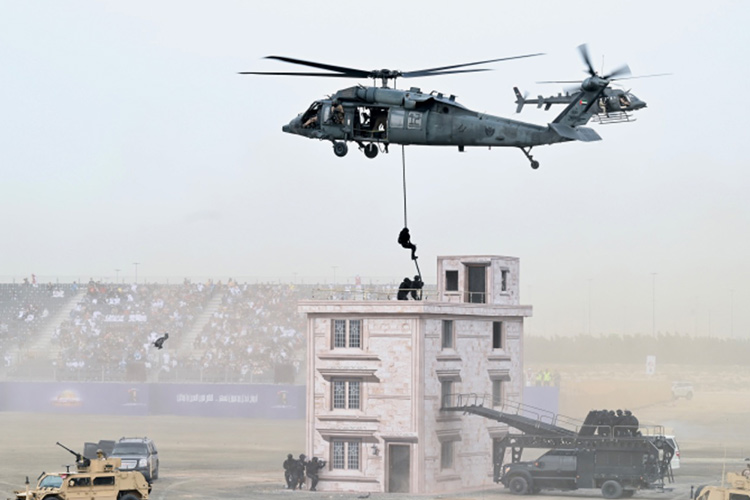 A helicopter drops paratroopers on a building during the United Arab Emirates Armed Forces exercise at Expo 2020.

Attended by a large crowd of Expo 2020 Dubai visitors, guests and officials, the Union Fortress 8 Parade and Military Show showcased the capabilities of the UAE Armed Forces and the Presidential Guard to secure major events using advanced technologies, including robotics and artificial intelligence (AI) and drones. Union Fortress 8 featured simulated responses to various scenarios involving risks and threats, including security and terrorist threats.

The parade also demonstrated the high combat effectiveness of female personnel. Union Fortress 8 concluded with a parade of participating vehicles, units, and personnel past the main podium.