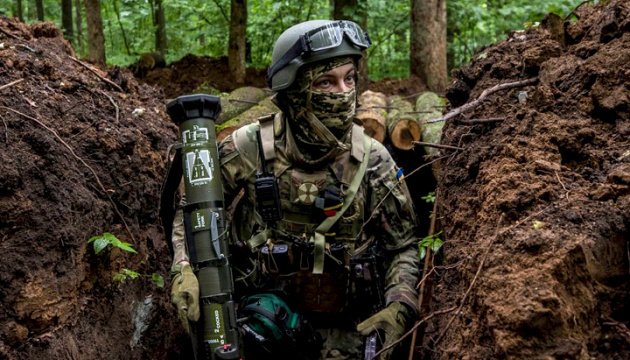 Troops of the Russian aggressor continue to fire cannons and rockets at civilian and military infrastructure in various directions. The Ukrainian armed forces stopped the enemy offensive, pushed the Russians back to the Novomykhailivka region and forced them out of Ivanivka.

This is stated in the latest report of the General Staff of the Armed Forces of Ukraine at 6:00 p.m., posted on Facebook.

There are no significant changes in Siversky’s leadership. The enemy fired at the positions of the Ukrainian Defense Forces in the areas of Studenok, Tovstodubove, Nova Sloboda and Bilopillia. In the direction of Kharkiv, the enemy defends the positions previously occupied. The invaders opened fire from tanks, mortars, tube artillery and rockets in the areas of Zolochiv, Khrestyshche, Molodova, Korobochkyne, Velyka Babka, Malynivka, Ivanivka, Cherkaska Lozova, Slatyne and Chepil settlements. The Russians attacked the Dementiyivka area but failed and retreated. The enemy launched an airstrike near Verkhniy Saltiv and Prudianka, carried out aerial reconnaissance.

In the direction of Sloviansk, the enemy continues to defend itself. The invaders fired artillery at the areas of Dolyna, Kurulka, Adamivka and Barvinkove. Ukrainian soldiers managed to repel the assault near Bohorodychne.

In the direction of Donetsk, the enemy shelled civilian infrastructure near Ivano-Daryivka and Zolotarivka. Following military operations, the Russians gain a foothold in the Verkhnokamyanka region.

In the direction of Kramatorsk, enemy shelling was recorded near Bilohorivka.

In the direction of Bakhmut, the occupiers fired mortars, rockets and artillery guns at Ukrainian Armed Forces positions in the Kodema and Berestove regions. Near the latter, combat reconnaissance was carried out. The Ukrainian soldiers resolutely returned fire and forced the enemy to retreat.

The enemy launched air strikes near Pavlivka. The Ukrainian defenders stopped the enemy offensive in the Novomykhailivka region and pushed it back.

The occupiers continue to fire tubes and rockets at civilian and military infrastructure in the southern direction of Buh. Ukrainian troops forced the enemy out of the Ivanivka settlement.