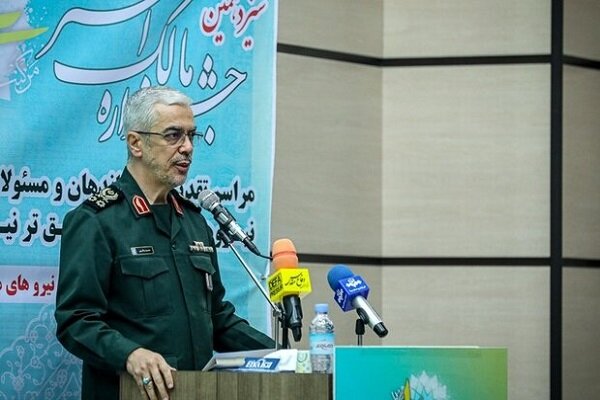 Today, the country faces combined threats from enemies in various fields, which is why the armed forces must prepare for such a case and such a confrontation, General Mohammad Bagheri said during the 13th edition. of the “Malek Ashtar” festival held at the Headquarters site in Tehran on Saturday.

General Bagheri took this opportunity to express his thanks to the tireless efforts of the personnel and police forces who have assumed with all their might the great responsibility of promoting peace and security throughout the country.

Elsewhere in his remarks, General Bagheri highlighted the recent riots and unrest in the country and added that the enemies of the country are planning a grand sedition and plot against Iran’s Islamic Revolution under a petty excuse in order to prevent the progress of the country. but the noble nation of Islamic Iran once again foiled their conspiracies with their support for the Islamic establishment.