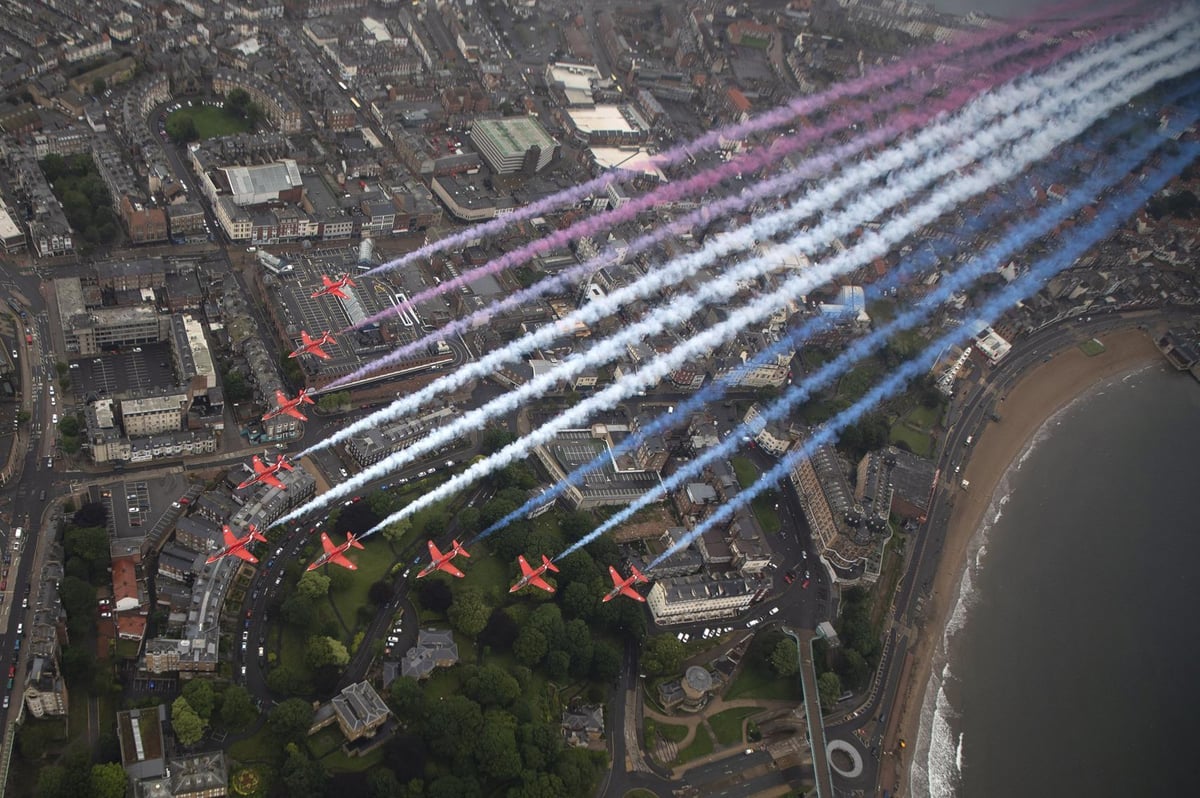 Scarborough’s hosting of a National Armed Forces Day in 2020 has been postponed; instead, the Red Arrows flew over to pay tribute to the armed forces. (Photo: MoD/Crown copyright)

The city is expected to welcome thousands of spectators to see RAF aerobatic displays over the South Bay as part of the national Armed Forces Day event on Saturday June 25.

The celebrations kick off from 10am with highlights including displays from the Red Arrows, the RAF Falcons Parachute Team, the Battle of Britain Memorial Flight and an RAF Typhoon.

The day of events will be joined by pop-up displays from the Yorkshire Regiment Band, the Yorkshire Volunteer Band and the Royal Navy/Royal Marines Unarmed Combat Display.

Register to our daily newsletter The Scarborough News Today

The event, which attracts over 200,000 people and VIPs including the Prime Minister, was due to take place over the summers of 2020 and 2021 but has been postponed twice due to the uncertainty surrounding the pandemic.

The celebrations will then end with a spectacular performance by Her Majesty’s Band of Royal Marines Collingwood.

A number of events will take place on the Yorkshire coast in Scarborough, Whitby and Filey in the week leading up to the main celebration.

Armed Forces Day is a national observance and public show of support for those currently serving in the Army, Royal Navy and Royal Air Force as well as veterans, reservists and their families.

Sea Cadets from Scarborough with the Royal Marines at the launch event.

The celebrations begin from Monday, June 20 when the Armed Forces Day flag is raised across the country.

Royal Air Force Flag Raising – 10am to 11am at Filey

• 11:25 am – Parade Salute and flypast of RN Merlin, Wildcat and Navy Wings Seafire in South Bay