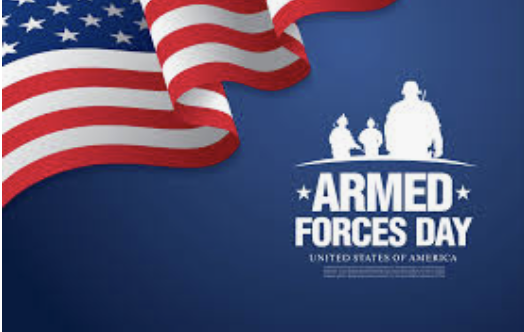 Armed Forces Day was created on August 31, 1949, by then-Secretary of Defense Louis Johnson to replace the separate Army, Navy, and Air Force days. The event stems from the unification of the armed forces under a single Department of Defense by then-President Harry S. Truman when he signed into law the National Security Act on July 26, 1947.
According to the Ministry of Defense, Armed Forces Day was originally a kind of “educational program for civilians”, in which there would be an increased awareness of the armed forces. It was designed to broaden the public’s understanding of the type of work performed and the role of service members in civilian life. It was a day when the military showed “state-of-the-art” equipment to the civilian population they were protecting. And it was a day to honor and recognize the people of the United States Armed Forces.
The armed forces consist of six service branches: Army, Marine Corps, Navy, Air Force, Coast Guard, and Space Force.
As the largest and oldest service of the United States military, the Army provides the ground forces that protect the United States
A component of the Department of the Navy, the Marine Corps maintains amphibious and ground units for contingency and combat operations.
On, above and below water, the Navy is America’s forward deployed force and a major deterrent against aggression around the world.
The Air Force provides a rapid, flexible, and lethal air and space capability that can deploy forces anywhere in the world within hours.
The Coast Guard provides maritime law enforcement and security, marine and environmental protection, and military naval support. Part of the Department of Homeland Security in peacetime, the Coast Guard operates under the Navy in wartime.
Space Force organizes, trains, and equips space forces to protect U.S. and allied interests in space and provide space capabilities to the joint force
And let’s not forget the National Guard. Comprised of the Army National Guard and Air National Guard, the National Guard is a multi-purpose force, supporting combat missions, national emergencies, humanitarian efforts, homeland security operations and more.
We appreciate all current and former members of the armed forces. The greatness of our country rests on your spirit, your commitment and your sacrifice. Thanks very much!