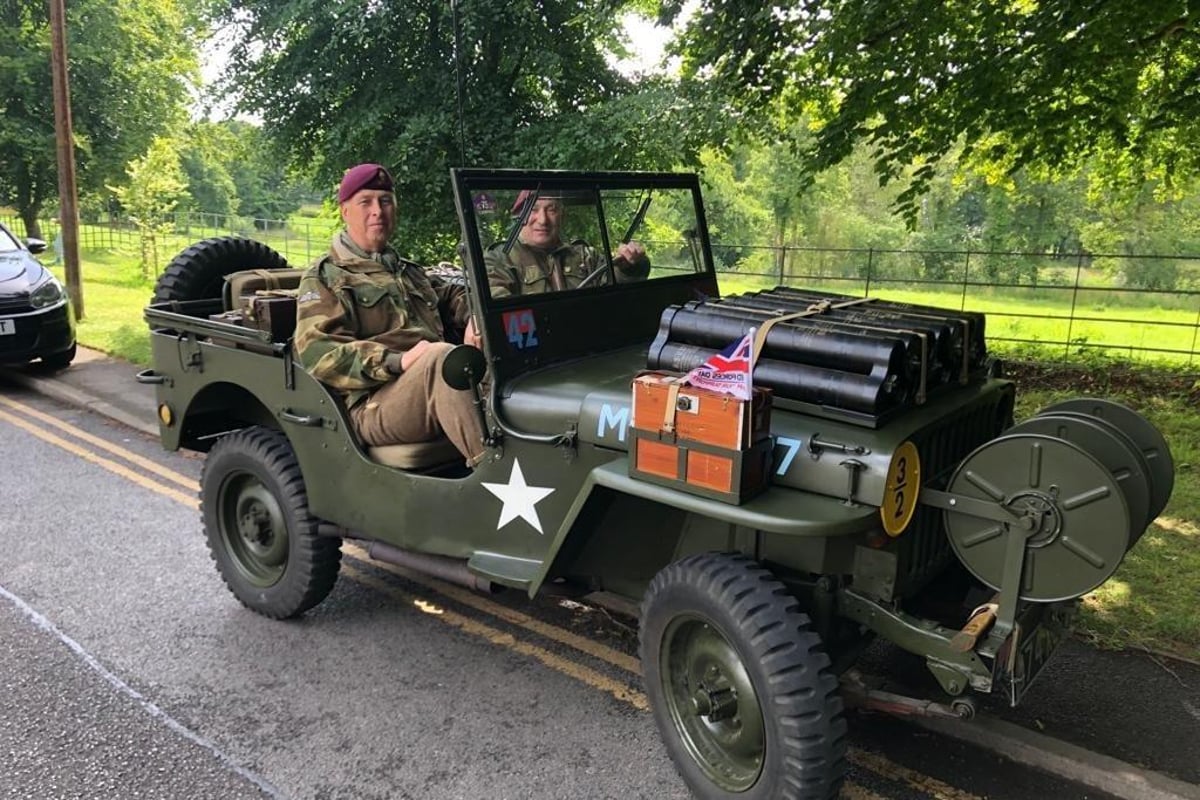 The cavalcade of 60 gathered at Southwick Park from 7.30am today, leaving at 10am. He traveled up the Meon Valley, then Basingstoke, following the route taken by General Dwight Eisenhower on D-Day before D-Day.

Register to our daily newsletter

John Leete, one of the organizers, said: “It is to say thank you to our veterans and also to remember those who have paid the ultimate price in service to their country.”

The convoy included representatives from the Royal Naval Association and the South Atlantic Medal Association.

Jack Thomas, 33, and his father Simon Thomas had driven down from High Wycombe in a Dodge Command Car.

Simon said: “We were asked if we wanted to participate and we were happy to accept. The vehicle has just come out of a 12 month restoration. He spent 40 years in a French museum.

The history of the car is unknown, but given that it was transported to France, there is a good chance that it was used during the war.

Rex Ward, from near Reading, is the vice-president of the Military Vehicle Trust and was also in a 1942 Dodge Command Car.

He explained: “These were used by high ranking officers in combat conditions – they weren’t very popular during combat times as the Germans kept shooting at them! This never left the UK and is believed to have been used by the US Embassy.

Rex, who was a reservist during the Falklands era but was not called up, said the car, before owning it, had appeared in several films, including being driven by Robert Ryan in Dirty Dozen.

Richard Graham, from Guildford, was joined in his 1943 Willys Jeep by Colin Shackel from Drayton. The jeep is configured according to the British Airborne Royal Artillery Signals configuration, and everything inside is original, except for the wooden battery box. This jeep was left in Holland after the war and after being released by the Dutch government it spent 20 years transporting veterans to the drop zones in and around Arnhem.