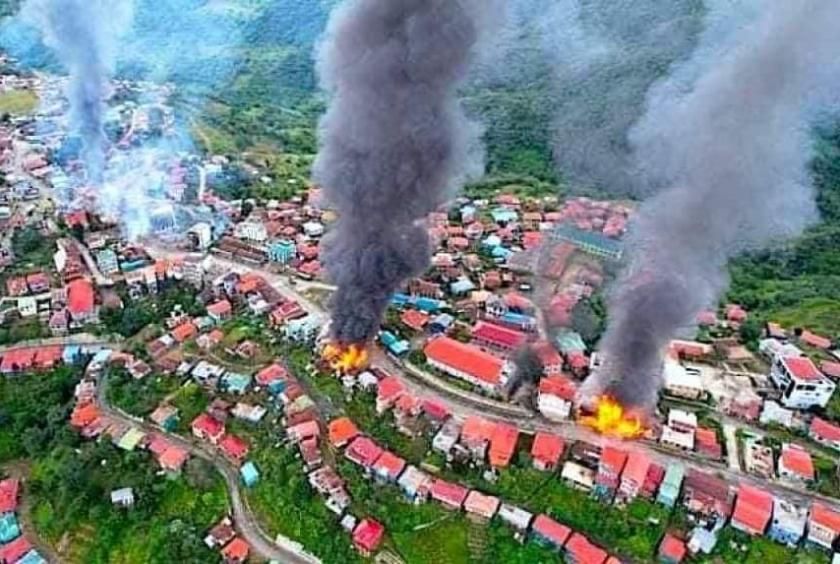 YANGON, March 5 (Eleven Media Group/ANN): Armed conflict rages in southeast Myanmar, with 224,200 displaced between February 1, 2021 and February 21, 2022, according to the United Nations Office for the Coordination of humanitarian affairs (OCHA MYANMAR) .

According to the statement, armed clashes between the Tatmadaw and the Ethnic Armed Organizations (EAO) and the People’s Defense Forces (PDF) have intensified in southeastern Myanmar.

In Kayah State, approximately 3,370 people from Demoso and Pekon townships were displaced and fled to Demoso in Kayah State and Hsihseng, Lawksawk, Pekon and Pinlaung townships in southern Shan State since February 16.

Aid workers have engaged with partners to meet growing needs, including for food, medicine and shelter. At the same time, more than 7,000 internally displaced people have returned to their places of origin, according to a press release from OCHA MYANMAR.

Among those returning are 4,740 people who have been displaced from southern Kawkareik Township in Kayin State since January 2022, as well as those temporarily relocated from Loikaw Township in southern Kayin State. from Kayah to southern Shan State, according to OCHA MYANMAR.

According to a statement from OCHA MYANMAR, returns to Kayah State may be temporary given local conflict dynamics and further displacement is possible.

According to figures from the United Nations High Commissioner for Refugees (UNHCR), as of February 21 – 224,200 people remain displaced due to clashes and insecurity since February 1, 2021 in the southeast.