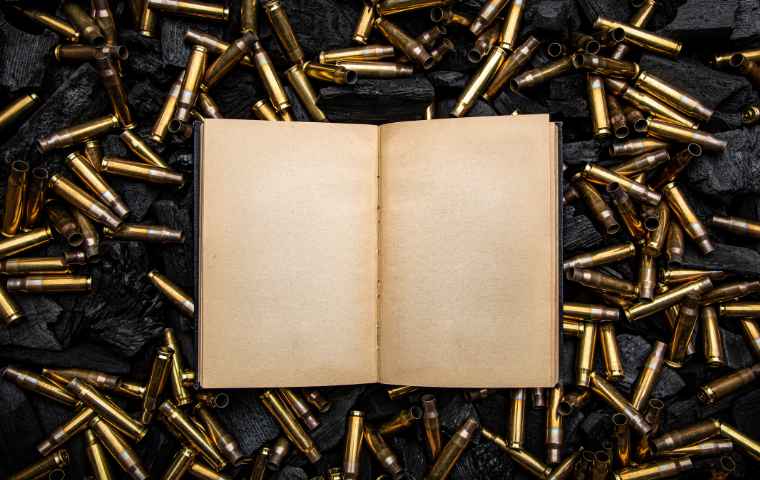 Crises such as Russia’s war in Ukraine and a number of large student protest movements around the world could be behind the most reported attacks on higher education in the history of the Free to think series, according to Daniel Munier, senior program officer at the Scholars at Risk Network (SAR), who runs the series.

“Armed conflict and the effects of political upheaval have been particularly disastrous for higher education communities during the reporting period,” Munier said.

“Indeed, we have seen a significant increase in reported attacks compared to last year in countries and territories affected by armed conflict, and an increased repression of student voices, particularly in the occupied Palestinian territory, in Ukraine, Turkey and India.

The directory Free to think The report series, which began in 2015, is a product of SAR’s Academic Freedom Watch Project, which researches and raises awareness of attacks on higher education communities around the world.

“This year’s report notes heightened pressures in countries plagued by conflict and authoritarianism, such as those mentioned above, but we have also seen attacks carried out in states with relatively stable democracies,” said Munier added.

Russia’s war in Ukraine has been a disaster for higher education communities in both countries, the report notes.

The Russian invasion forced countless scholars and students to flee for security reasons, especially those opposing the war, while Ukrainian higher education and scientific research infrastructure was frequently hit and damaged by bombs. The Russian armed forces also destroyed and occupied university premises.

In Afghanistan, the Taliban systematically eliminates the educational rights of female students and scholars, as well as academic freedom. The Taliban have ordered arbitrary dismissals of academic and administrative staff from universities, while Taliban police have detained academics who have spoken out against government policy. At least one Afghan academic went missing and was later found dead.

In Myanmar, academic activity has declined significantly since the February 2021 military coup. The military continues to occupy campuses and arrest and prosecute “an alarming number” of opposing students and scholars to the coup.

Ethiopia has also been subject to attacks on higher education due to fighting involving government forces and the anti-government Tigray People’s Liberation Front (TPLF). In one example, the TPLF took over and ransacked the University of Wollo, causing extensive damage to one of the country’s top universities, which was compounded when government drone strikes targeted security forces. occupation of the TPLF.

Bombings that have injured and killed teachers and higher education students have occurred in Cameroon and Pakistan, while assassinations have taken place in Afghanistan and Nigeria.

Extremists have targeted higher education communities as perceived symbols of state authority in Nigeria, for example, where suspected members of the Boko Haram terrorist group attacked the University’s Tukur Yusufu Buratai Institute. of the Nigerian Biu Army for War and Peace, killing at least two employees.

In Pakistan, a suicide bomber killed three Chinese professors from the Confucius Institute at the University of Karachi.

Restrict the expression of students and scholars

Attacks on student speech remain the most common type of attack reported by the Academic Freedom Monitoring Project, accounting for approximately 41% of incidents this year.

In Indonesia, a university has ordered criminal charges against student journalists who wanted to publish a special edition dealing with allegations of sexual harassment on campus. Students have also faced repeated police repression in Sri Lanka, Turkey and the West Bank.

State authorities have also detained scholars and/or restricted their academic activities in Kuwait, China, Iran, and Poland. In South Korea, for example, as part of a national security investigation, police raided the home of Dae-il Jeong, a researcher at the Korea Institute for National Unification, and confiscated his electronic devices and his research material.

Entire communities of students and scholars have also been targeted, for example in Algeria, Israel and Turkey, when state authorities restricted international travel by scholars and students; while in China, India, and Thailand, officials have sought to dissuade scholars and students from hosting and participating in academic events or sharing their work on campus.

Among the many examples, this year’s report also identified attacks in societies generally considered open and democratic, such as the United Kingdom, South Korea and the United States.

“This year’s report notes increased pressures in countries plagued by conflict and authoritarianism, such as those mentioned above, but we have also seen attacks carried out in states with relatively stable democracies,” says Munier. .

“Take for example the sustained campaign of harassment directed at Professor Colin Harvey of Queen’s University Belfast, who recently faced a new round of violent threats for his work on the status of Northern Ireland.”

“Free to think also examines a deeply concerning wave of bomb threats terrorizing historically black colleges and universities (HBCUs) in the United States, and lawmakers who are proposing legislation to restrict classroom discussion of topics they do not favor or that they see as threatening to their own political agenda.

“Attacks in the United States are of particular concern given the relatively low frequency with which they were recorded during the early years of the monitoring project.”

SAR and its partners who run academic and student support programs have received record levels of requests for assistance over the past year.

Academics and the lives of their families have been lost or endangered in Afghanistan and Ukraine, but also in less well-reported crises, such as those in Yemen, Ethiopia and Myanmar. Threats and attacks also have a serious chilling effect on the wider higher education community.

The report highlights sweeping and arbitrary restrictions on the freedom of movement of scholars and students that limit the free exchange of ideas, including in India and the West Bank.

It also notes that government officials and lawmakers are using their respective powers to interfere with the academic freedom and autonomy of higher education communities, including in China, Kenya, Nicaragua, and the United States. as well as imprisonment and disciplinary measures targeting academics for their studies. work and views in countries like Iran, Mexico and Russia.

Attacks compromise the safety of higher education institutions and staff, including those directly targeted and those silenced by attacks on others. They negatively impact research, teaching and public discourse, eroding not only academic quality but also social, political, economic and cultural development, the report notes.

Through “brain drain,” they undermine national investments in education and exacerbate inequalities within local and global economies, he says.

“The impact of attacks on the higher education sector in these contexts is of particular concern when considering the crucial role that academics, students and their institutions play in protecting and enhancing human rights. , democracy and the rule of law,” said Munier.

“[But] this is the tip of the iceberg. For the big picture, I think it is very important to consider our Free to Think 2022 report data and content alongside other tools, such as the Academic Freedom Index, which found substantial declines in respect for academic freedom in 19 countries from 2011 to 2021, and growing concerns about rising authoritarianism in many parts of the world,” says Munier.

Due to resource constraints and difficulties in collecting and verifying information, the report highlights that it represents only a fraction of all attacks on higher education that have occurred in the past year.

“This report shines a light on the problem,” says HRH Advocacy Director Clare Robinson, “but, perhaps more importantly, it is a rallying call and a roadmap for governments, communities in higher education and civil society reject attacks on academic space, redouble efforts to support de-risking colleagues and promote academic freedom. [must] fight for the freedom to think, to question and to share ideas.