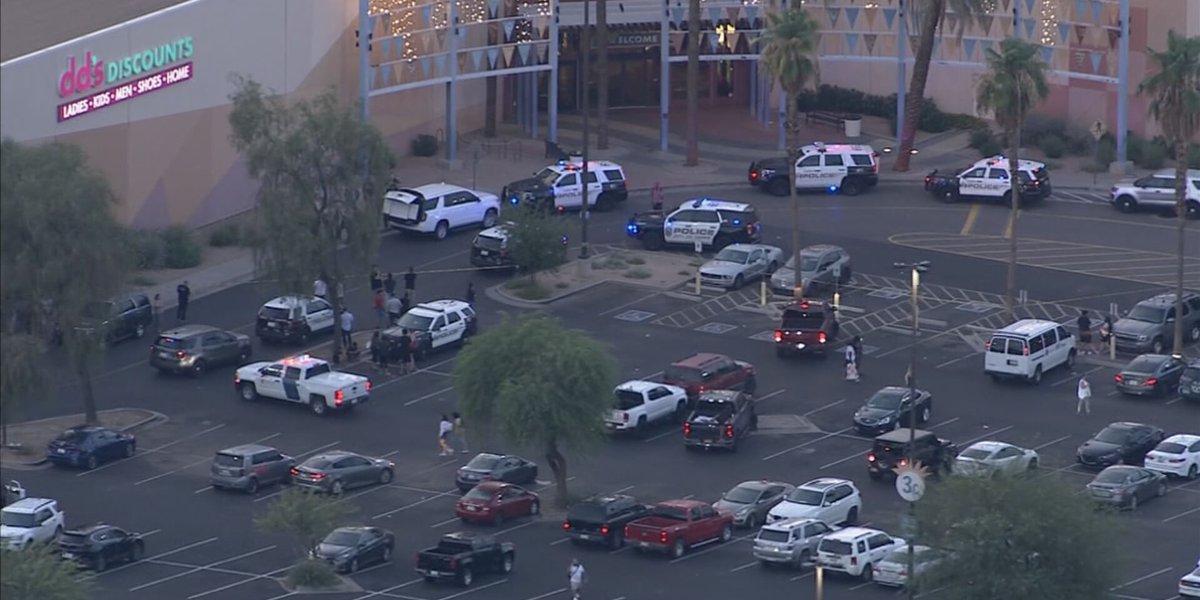 TEMPE, Ariz. (AZFamily/Gray News) – Police did not find a suspect who allegedly pointed a gun at another man and then rushed into the Arizona Mills mall Friday night.

Officers say around 6:30 p.m., a man got into a fight with several people near Starbucks, then pulled out a gun. After pointing it at another man, the suspect then allegedly took off inside the mall.

Officers and mall security quickly cleared the mall but did not find the gunman or others involved. Tempe police say no injuries were reported. The mall was reopened after security made a final visit.

Police have not confirmed whether any shots were fired inside or outside the mall.

“The blows they [witnesses] may have heard of the large security gates that many malls will open and close with,” Tempe Police Sgt. said Hector Encinas.

Several witnesses still reported hearing gunshots. A woman says her family were eating in the food court when they heard gunshots.

“We are sitting in the cabin and we hear boom, boom, boom! And we see people running en masse towards the door. They said ‘someone got shot, run away, get out,’” she said.

“50 to 100 people just run that way through our store to the right. And then people came into the store and I told some of my employees to lock the door,” Odeh said.

Encinas also confirmed that people had tried to take refuge inside the mall.

Video of The Arizona Family news chopper showed more than 10 police cars surrounding the mall’s Entry 3 entrance. Shoppers were also gathered outside around parts of the mall, while some chose to leave.

Officers are currently working with store owners to obtain surveillance video that may help locate the suspect. Tempe police are asking anyone with information to call (480)-350-8311.