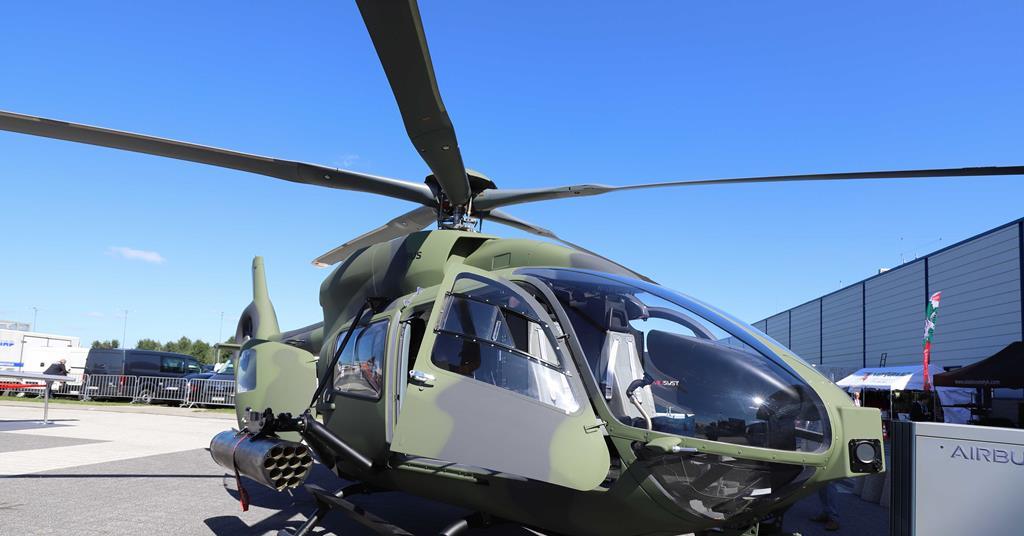 Airbus Helicopters displayed a full-size mock-up of its H145M at the MSPO defense show in Kielce from September 5-9, as Poland looks to replace its older Mil Mi-2s.

“Poland is now engaged in an ambitious modernization program… and there is a place for Airbus Helicopters, which can provide an excellent complement to the current and future fleet, particularly in the advanced training of pilots”, explains Thomas Zeman, Head of of the society. sales, Eastern Europe and CIS. “The H145M, based on a civilian platform, is perfect for these tasks. It can be complementary to the programs already launched by the Polish government.

In 2020, the Polish Ministry of National Defense announced its intention to conduct a technical dialogue related to a project to acquire 32 multi-mission support helicopters to succeed its Mi-2s, through the Perkoz program.

Candidate types would be capable of carrying five fully equipped soldiers or 1,000 kg (2,200 lb) of cargo. The Perkoz requirement spans three variants, to be optimized for combat support and possibly pilot training; command and control; and reconnaissance and electronic warfare tasks.

Warsaw has 65 Mi-2s in active service with its air force (17), army (44) and navy (4), but while the youngest examples are over 35 years old, it has yet to launched a formal call for tenders for their replacement. .

“The H145M can be a successor to the Mi-2 in certain key missions, and [Airbus Helicopters’] The HForce system allows armed forces to quickly reconfigure for a number of missions,” says Zeman, including light attack tasks. “The H145M can be customized to specific requirements,” he adds.

Airbus Helicopters also wishes to offer the possibility of localizing the supply of equipment for the H145M. “We are very ambitious about the level of cooperation we can offer to the Polish authorities,” says Zeman. “We can cooperate on future development with Poland in the field of research and innovation and look forward to discussing this with the Polish authorities at a time convenient to them.”

Zeman says the company could deliver its basic H145M – minus any Poland-specific adaptations – “in a short time,” adding, “We want to create strategic autonomy and local sovereignty for Poland.”