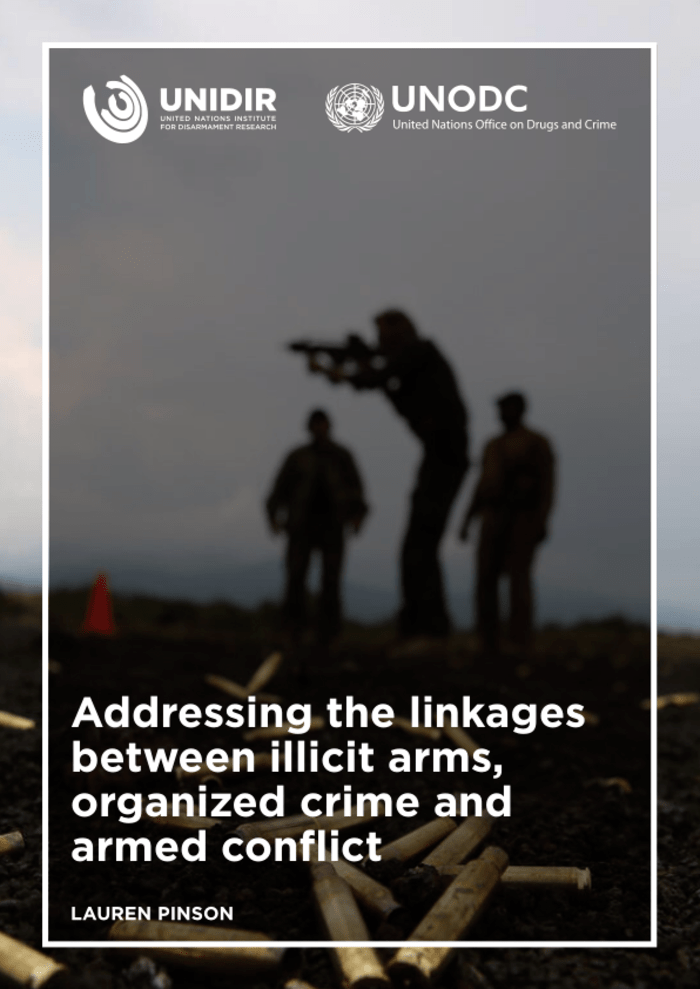 The links between illicit arms, organized crime and armed conflict can reinforce each other while intensifying and prolonging violence and eroding governance.

Financial gains from crime can prolong or intensify armed conflict by creating revenue streams for non-state armed groups (NSAGs). Beyond undermining the state’s monopoly on the use of force, armed conflict also creates an environment that can allow organized crime to thrive. In this context, when hostilities cease and parties to a conflict move towards a peaceful resolution, the widespread availability of surplus arms and ammunition can contribute to a situation of “criminalized peace” that hampers sustained efforts to consolidate Peace.

Illicit arms and ammunition clearly establish a link between conflict and crime as well as crime and conflict. Illicit arms can both facilitate and fuel armed conflict, while different phases of conflict provide opportunities for arms diversion and a potentially lucrative source of revenue for organized arms trafficking networks. NSAGs and Organized Criminal Groups (OCGs) use illicit weapons to engage in conflict or to commit crimes respectively, while both types of groups can also be involved in arms trafficking. Furthermore, the boundaries between these types of groups are often blurred, especially in conflict and post-conflict situations.

Researchers and practitioners have examined the link between two of these three security challenges: armed conflict, organized crime and illicit weapons. Yet, little research has examined the links between these three security challenges. In response to this lack of knowledge, this briefing note explores the various ways in which illicit arms connect armed conflict and organized crime and provides suggestions on how to better address these interconnected challenges. This note can further inform practitioners and decision-makers by framing the conversation for future decision-making and research.