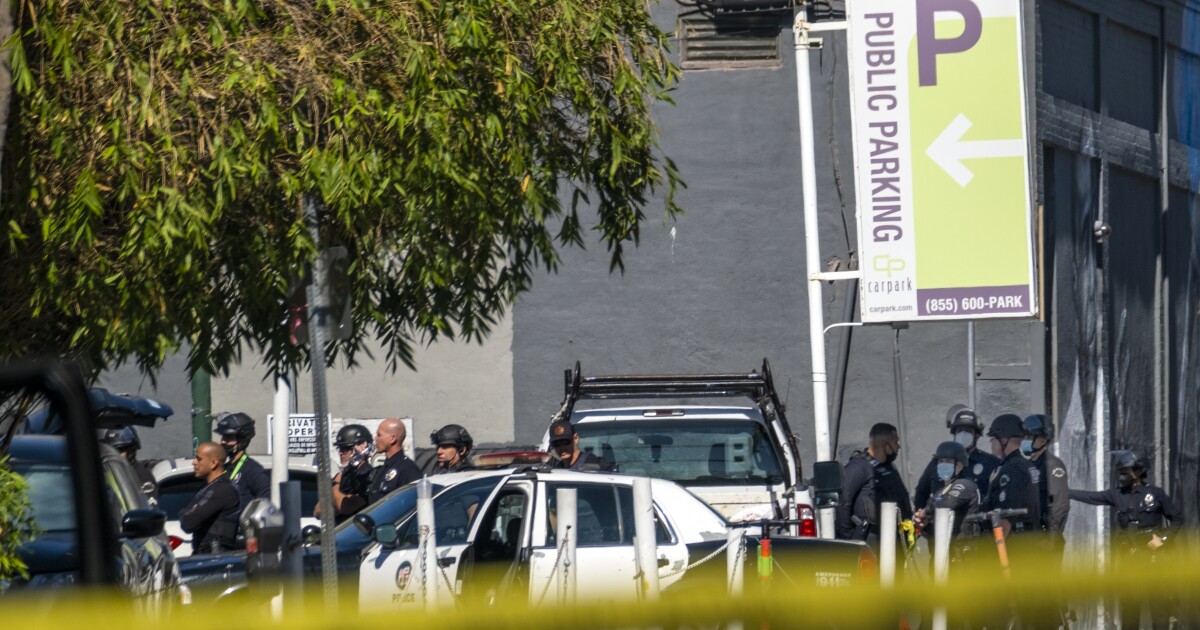 A man who police say was suicidal and armed with a gun in a parked vehicle in Hollywood died on Wednesday, ending an hours-long standoff that had shuttered Hollywood Boulevard and forced evacuations and closures at nearby facilities and schools, according to the LAPD.

Det. Meghan Aguilar, a spokeswoman for the Los Angeles police, said SWAT officers approached the man’s SUV around 12:30 p.m. – two hours after he last communicated with officials at the scene – and determined that died of an apparently self-inflicted gunshot wound to the head.

“They put a remote camera inside the vehicle, on a pole, and they saw that he appeared to be deceased,” Aguilar said. Fire department doctors later pronounced him dead, she said.

The man’s death concluded a standoff that began when police received a report around 8:30 a.m. of a suicidal man with a gun in a parking lot on the 1600 block of Schrader Boulevard.

When officers arrived, they saw the man with a gun, established a perimeter and called crisis and mental health negotiation teams to the scene as they began to evacuate nearby buildings, including including the Los Angeles LGBT Center and a construction site across the street.

Two nearby schools, Larchmont Charter School and Selma Elementary, were closed. On Hollywood Boulevard, store owners couldn’t open stores, and people who had parked along several blocks of the busy road couldn’t get back to their cars for hours.

Aguilar said the man “used objects in the car to block his windshield and windows” so police could no longer observe his actions. Officers eventually approached the vehicle after the man stopped responding and determined negotiations had stalled, she said.

The man, who has not been identified, did not commit a crime, Aguilar said, and the LAPD would turn the investigation over to the LA County Coroner’s Office.

Police did not fire any bullets during the incident, Aguilar said.

If you or someone you know is having suicidal thoughts, call the National Suicide Prevention Lifeline at (800) 273-8255 or text HELLO to the Crisis Text Line at 741741.