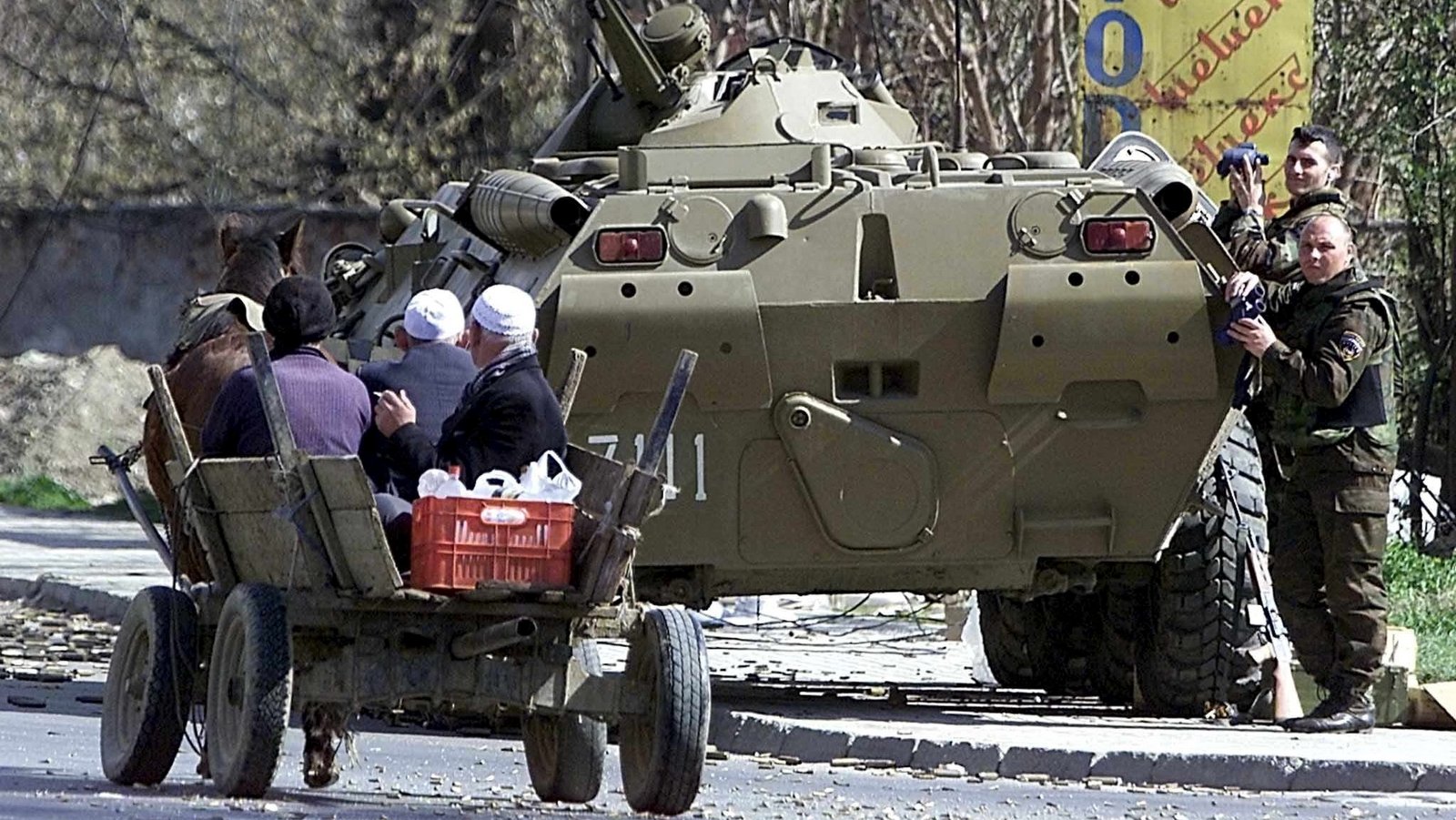 The wounds heal, but the scars remain

The 2001 conflict left 72 soldiers and police dead. Many were killed by NLA guerrilla operations and in ambushes. The exact number of NLA fighters who were killed remains a mystery, with numbers varying from around 100 to several hundred.

The total number of civilian casualties also remains largely a matter of speculation. A book the Interior Ministry published on the conflict said the NLA killed ten civilians. But the exact number of civilians killed in villages populated by Albanians, sometimes heavily shelled by the security forces, remains unknown.

Some of those who took part in the conflict as combatants on the ground are still unhappy.

Borce Davidov, a taxi driver from the ethnically Macedonian town of Prilep, drove an armored personnel carrier during the conflict and took part in the security forces’ offensive in Aracinovo, where he lost a colleague under mortar fire. Davidov still believes that the armed forces could have won a military victory over the NLA, had they been allowed to do so.

“But the execution was bad and slow. Politics started interfering from the start. The first day of the offensive [in Aracinovo]we were ordered to dig, as we were halfway [the village]. We were outraged because we wanted to keep moving forward, but the commanders were reluctant, or scared, I don’t know…

“A colleague in my platoon died in the most stupid way possible. As we were digging instead of advancing, the enemy identified our location and started pelting us with mortar fire. One of the shells killed him. There was of course a lot of rage, a lot of anger, but in this situation, who wouldn’t go crazy?

Davidov said he will never forget what he went through.

“I would be lying if I said I didn’t hold a grudge. Not against Albanians in general, but against terrorists. They were killing our people, massacring them. But I learned not to expect anything from anyone, because in a way our own commanders and leaders have also betrayed us,” he concluded.

Estimates suggest that at the height of the conflict, up to 170,000 people were displaced from their homes in areas where fighting took place. By 2005, the vast majority had returned, with the exception of some 2,000 ethnic Macedonians and Roma, some of whom remain displaced to this day.

Sixty-eight-year-old Danica is one of those who never returned to their old home. An ethnic Macedonian, her family fled the outskirts of Aracinovo as soon as the bullets started flying. She now lives in the capital Skopje, after she and her family refused to return to Aracinovo for fear of reprisals from their Albanian neighbours.

“I was afraid to come back after everything we’ve been through. Our house was badly damaged, burglarized several times and graffiti was written on the walls wishing the Macedonians dead. And all of this was done by some of our neighbors. It hurts me the most because we shared a life with some of these people,” Danica said.

Eventually, other Albanian neighbors helped her family sell their land and what was left of the house at a fair price.

“They could have easily blackmailed us into selling it for a lot less. Because they knew we weren’t going back. But they turned out to be fair and put a buyer in place, so we were finally able to buy this apartment in Skopje,” she said.

“I thank them for that, but I will carry traumas for the rest of my life. You don’t forget such things,” she added.